ONE Championship is rapidly expanding in the market posting up numbers for being the largest martial arts organization in terms of viewership. The Singapore-based promotion puts on a plethora of must-watch martial arts extravaganzas. It has expanded its fan base not only in Asia but all across the globe.

The promotion offers nearly all of its bouts and events for free on the ONE Super App. ONE Championship has made it a point to focus upon respect and solidarity over flashy marketing statements and thrash talk to promote fights.

ONE also stands apart from other organizations for introducing its own system of abolishing the unsafe practice of drastic weight-cutting through dehydration. Athletes competing have to make weight, but dramatic fluctuations in body weight are against the policy. Instead, they are encouraged to compete at their natural walk-around weights, which makes for more exciting contests because athletes aren’t drained when they come into bouts.

Marat Gafurov took on the tough-as-nails Mongolian, Narantungalag Jadambaa, and put together an inspiring performance that will live on in history. Jadambaa had established himself as a dominant force in the promotion, becoming the first-ever ONE Featherweight World Champion.

Gafurov, on the other hand, was quickly on the rise, earning his shot at gold with a string of submission victories over top-ranked opponents. When Gafurov finally met Jadambaa in 2015, what transpired in the Circle was nothing short of epic.

This one is old but gold, the top Filipino featherweight Eric “The Natural” Kelly was one of the most highly-regarded martial artists not just in the Philippines, but in all of Asia. Australian Rob “Warrior of God” Lisita, however, was a freight train with no brakes.

Kelly and Lisita met in the Circle in ONE’s first and only visit to Taipei, Taiwan, and what took place was an absolute war.

Angela Lee vs Mei Yamaguchi I

During the bout at 19 years of age, a young up-and-coming “Unstoppable” Angela Lee took on Japanese veteran Mei “V.V” Yamaguchi for the inaugural ONE Women’s Atomweight World Championship, and what ensued was an instant classic. The bout won “2016 Fight of the Year” honors in a variety of different publications.

Reigning ONE Featherweight World Champion Martin “The Situ-Asian” Nguyen defeated a young and inexperienced Christian Lee in 2016, winning by the first-round submission after putting the Singaporean to sleep via guillotine choke. Lee learned a lot from the experience and vowed to come back even stronger. This is a textbook matchup for the upcoming fighters to learn from.

Aung La was a national icon while Hasegawa, the grizzled veteran, came into the bout looking to shake things up and score a huge upset. It’s arguably the most exciting ONE Championship bout to date. 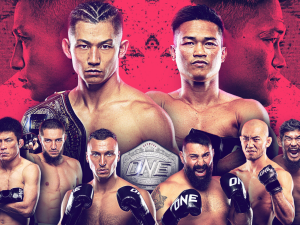 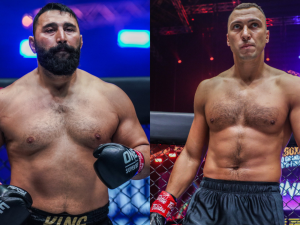