Phoenix 2: “Saenchai vs. Aziz” which will be taking place in Lebanon on April 29, has a new MMA twisted addition with Desert Force fighter and kickboxing world champion Ahmad Labban joining the card.

An originally hybrid show that combines Phoenix MMA and Phoenix Muay Thai, officials have announced that it will fly one-winged due to the recent MMA ban in Lebanon. But it looks like the promoters are cooking a beefy fight card for MMA lovers.

Lebanese-born Desert Force fighter Ahmed Labban (3-0 MMA) has cemented his place as a striker with an original style in the MMA scene. With 3 Kickboxing world championships under his belt, Labban brings to the Phoenix ring a world class set of striking skills combined by a entertaining “catch me if you can” style.

Having fought and finished all three of his MMA fights with style, he’s earned a fearsome reputation for showboating and never backing down, similar to his teammate, Bellator fighter, Michael Paige at London Shoot Fighters Gym.

Phoenix 2 features the legendary, Saenchai who will take on smashing machine Azize Hlali, female standouts Antonina Shevchenko and Isa Tidblad Keskikangas, in addition to many other world and regional champions including Steve Banks from USA and Dutch K1 veteran Wendell Roche.

The event takes place Saturday, April 29 at Nouhad Nawfal Stadium in Zouk, Lebanon. The first Phoenix event was aired on LBCI TV channel, but the broadcast partner for Phoenix 2 has not been officially confirmed.

Expect additional Phoenix 2 news to be announced later this week. 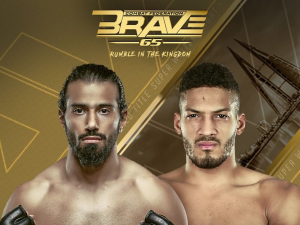