UFC 254 will witness the highly anticipated return of the takes place undefeated lightweight champion, Khabib Nurmagomedov (28-0 MMA, 12-0 UFC) after the tragic loss of his father and veteran coach Abdulmanap Nurmagomedov. Nurmagomedov will face the interim champ, Justin Gaethje (22-2 MMA, 5-2 UFC) in a title unification bout in the main event.

Both men hit championship weight, tipping the scale at 155 pounds for their lightweight title fight. The fight is emotional not only for Khabib Nurmagomedov but for a huge population of MMA fighters whose life was touched and influenced by the legend, Abdulmanap Nurmagomedov. After the painful demise of the veteran, the MMA community is looking up to his son as the torchbearer of his father’s legacy.

UFC 254 will take place at the Flash Forum at Yas Island in Abu Dhabi.

The full UFC 254 weigh-in results include: 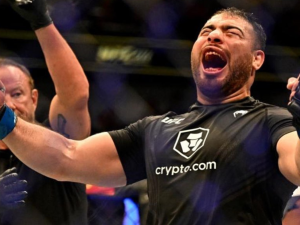 Hamdy Abdelwahab became the first Egyptian to win in the UFC