“They are not men; they are fighters, ferocious fighters”

13 is such a frowned upon number: The superstitious fear it, the mathematicians hate it, horror movies abuse it. But 13 has entered a whole new area, conquering all the attention: it made its way into the land of the fighters through Desert Force 13!

August 25 is the day that will make the Arab community tremble because of a unique MMA match-up, it is the day two jacked fighters will finally face each other. It is judgment day: George Eid, the Lebanese bulldozer has some serious destruction work to do in Dubai, while Mohammad “The Latest” Fakhreddine is fighting to make history.

They curiously have much in common:

The promising part is that both fighters also have the same sponsor:

MIND SPIKE, a new MMA brand strongly making its debut in the regional MMA scene. Mind Spike’s mission being ‘For Fighters By Fighters’, the brand vows to leverage promising MMA fighters and boost them with unique sponsorship partnerships; Mind Spike’s fighters are not regulars amongst men, they are ferocious fighters; in every game where a Mind Spike fighter stands tall, expect to see a beast unleashed, expect war!

How about when BOTH opponents are Mind Spike fighters? Expect a fight of huge proportions, a show not to be missed by any means!

So save the date: August 25, Desert Force 13, Abu Dhabi – and witness the “Fakhreddine/Eid” Co-Main Event in an epic Matchup! 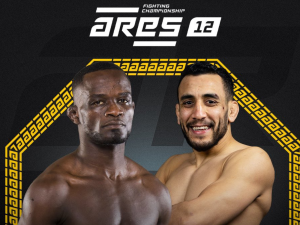 Elias Boudegzdame to fight for the bantamweight title 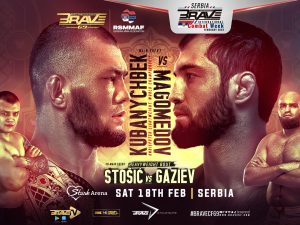 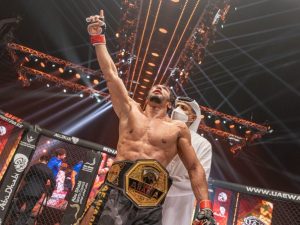