In the main card part of the PFL 9 2022 Playoffs, both Hassna Gaber and Dakota Ditcheva will make their promotional debut in the women’s flyweight affair. The event will take place on August 20th at Copper Box Arena in London, UK.

The Moroccan fighter stacked up a 4 – 1 record. She made name for herself on the Egyptian MMA circuit before making her way to the UAE Warriors. There she suffered her first loss after being submitted by Eman Almudhaf at UAE Warriors 21. She bounced back by defeating Sabriye Sengül at UAE Warriors 29.

The Englishwoman is unbeaten in both amateur and professional competitions. On the amateur circuit, she stacked up a four-fight winning streak. The winning streak continued as she secured five consecutive wins fighting for various British promotions. Interestingly enough she also was signed by UAE Warriors. Her last fight took place at UAE Warriors 28, where she bested Paula Cristina.

Gaber has secured two decision wins, one submission, and one TKO victory. Her only loss came by the tap-out due to a Rear – naked choke.

Ditcheva has four TKO finishes to her name and only once was awarded the victory by the judges. Her only submission win came during her amateur days. It was a Rear-naked choke.

The most likely scenario is the win for the Englishwoman, who scored a submission win with a Rear-naked choke, which is the same technique that forced the Moroccan to tap. Additionally, Ditcheva has more TKO wins, while Gaber wasn’t able to finish her opponents on two different occasions. It’s also no surprise that Ditcheva is a more experienced fighter thanks to her spending time in amateur competitions.

The most likely outcome is for the Brit to secure a TKO win inside the first or second round with her ground and pound. Eventually, she could attempt to submit the Marokan with a Rear-naked choke, which proved to be her weakness. 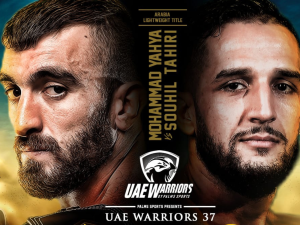 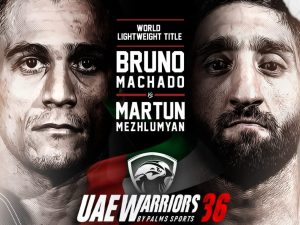