Arabs MMA crew had the chance to visit Shogun gym in Lebanon and watch the fighters train for their next event. Roy Dakroub, participating in Beirut Elite Fighting Championship, revealed a hyped-up personality with a mix of humble- yet funky attitude

How did you get onto mixed martial arts?
Through Master Sami Kiblawi , whom I luckily met and invited me to the Dojo.

What does it mean for you to be a fighter?
Character , Charisma , Alpha male .Its all about dominance.

Who is your biggest inspiration?
Anderson Silva 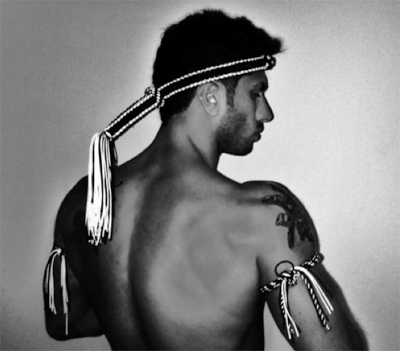 Favorite strike or submission?
Whatever comes in handy

When is your next fight?
I am fighting on the 14th of December in the Beirut Elite Fighting Championship “First Blood” , a Jordanian fighter.

Which team are you Training with for your next fight?
Shogun Team

What separates you from other fighters?
Brains and Determination

If you had one dream fight, who would you fight?
Ronda Rousey , I’d love to be stuck in her triangle choke.

How would you like to be remembered?
The Sick Crazy Mother*****