Khamzat Chimaev is facing the next challenge in his career finding it difficult to have opponents. Chimaev who has an undefeated record of 9-0-0 representing Allstars Stockholm Sweden has been challenging the top tier stars of the promotion. A terrified Conor McGregor has totally avoided even mentioning the name of the prodigy signed with the management of Ali Abdelaziz.

I want to give everyone an update about @KChimaev next fight the ufc is working very hard to get an opponent. One opponent said called in sick, another one changed his citizenship so he could not be allowed to the US without visa. And the 3rd guy said he was too old. 😂

Throughout his three-fight stint with the UFC, Chimaev has never been taken down or has allowed his opponents to land a significant strike. In a previous tweet the mastermind, Ali Abdelaziz has clarified the current situation wherein the UFC is working hard to find an opponent for the rising star.

I don’t play fighting I fight so get your soft body to Vegas and I will smoke you on dec 19. You are a real fighter so let’s go @NateDiaz209

Chimaev has called out many top 15 middleweight and welterweight fighters since his 17-second knockout of Gerald Meerschaert. Lately he responded to a Nate Diaz. As usual, Diaz used his wisdom to remain silent to avoid a confrontation with Chimaev like his rival Masvidal.

I just want to let my fans know and the people who support me the ufc offer me wonder boy and he turned it down at 170 and also chris Weidman at 185 who also turned it down. I’m coming for everyone

UFC president Dana White said that Chimaev (9-0 MMA, 3-0 UFC) will face a ranked opponent in a headliner after his ultra-dominant run which is spreading nightmare across the ranks in the promotion. The undefeated 26-year-old Chechen standout will force rivals to be creative enough to explore excuses to avoid a confrontation against the “BORZ”. 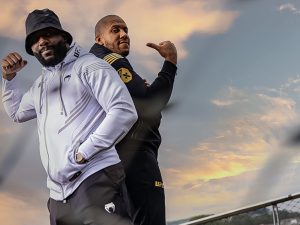