Palestinian-American Saad Awad came back hard to the Bellator Lightweight tournament last September, finishing Martin Stapleton with a first-round submission. Awad has finished 5 of his latest wins in stylistic opening round fashion!

I knew Martin was an aggressive fighter that likes to take guys down and beat them into submission. So I wanted to test myself and go to the ground with him (if the KO didn’t come) and submit him. I’m thankful it played out in my favor.

Saad Awad and Will Brooks will face off yet again in a highly anticipated rematch set to headline the Bellator 105 card in a lightweight semifinal contest on October 25th. Their first fight took place at the Santa Ana Star Center in Rio Rancho, New Mexico, where Saad dominated Brooks and ended the fight in the opening minute of the first stanza via TKO. The pair’s rematch will take place in the same venue and hopefully with the same result!


I feel really good about this fight. I’m always confident about whoever I’m going to fight, so it doesn’t make a difference that it’s going to be Brooks again. I respect him as a fighter. He has a lot of skills, but I’m very well prepared for this fight and I do see myself coming out with the victory again.

Bellator 105 takes place on Friday, October 25th from the Santa Ana Star Center in New Mexico. ArabsMMA will provide fight Video and results of the event. 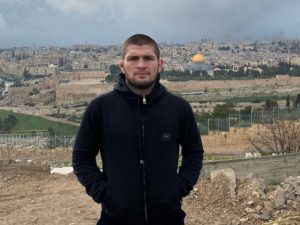