Abdul Razak Alhassan will be making his return after losing nearly two prime years of his MMA career. The 34-year-old welterweight fighter from Ghana has a 10-1 record in his career, including a 4-1 record in the UFC. All his 10 victories came by way of knockout. Alhassan will face the Tunisian star, Mounir Lazzez who will make his promotional debut.

In his previous appearance with the UFC, Alhassan finished Niko Price at UFC 228: Woodley vs. Till to make his presence felt at the welterweight division. Alhassan will be making his first appearance inside the Octagon after nearly two years. His career was temporarily derailed due to rape accusations by two women that eventually saw him found not guilty.

There’s so many anger in me, so many anger. When this start, I don’t know if I should say this but maybe I’ll say it a little bit, but when I was going through this, I say to myself, ‘Death was good for me than going through this embarrassment that I’m going.’ Because I’m a good person, I would never do what they said I did. It got to the point I ask myself, ‘Why is God letting evil people like that live?’ Because if I didn’t do something like that you why? And you would think that the person would later realize and come and be like, ‘Hey, what I do to this person is wrong, he didn’t do what I said he did, I did a mistake.’ But no they were not coming out

Sometimes you must hurt in order to know pain, fall in order to grow, lose in order to gain, because the greatest lessons in life are learned through PAIN! But no matter how much Pain you’re going through, always thank the Almighty because he knows what you do not and will send a helping hand where you do not expect. God is great!! #ressurection #theressurection #pain #lessons #godsplan #almighty #struggle #africanboi #redhunter #themotto #wefeelyourpain #weloveyou

Alhassan spoke to reporters at the Fight Island and described the two years of pain and impact that haunted his life and career. He was emotional when it came to losing two of the most precious years of his career.

But for me, life is back to normal. The reason I say that is the past two years life was not normal. The only thing I pretty much did cry, sleep, look at my family. Cry in my sleep without even knowing I was crying and my family would wake me up saying I was crying in my sleep. Think about the stress, what was going to happen in the future. You never know what’s going to happen. So many times. I even doubted if I’d be alive, because I wanted to kill myself.

Because people don’t see what happens in the background. A lot of people who doubt you, or say bad stuff about you when they don’t know the truth, because this is the type of harassment you don’t wish on anybody. I sat down and thought about it. I have two kids. I have a girl and I have a boy. What would happen to them if I took myself out because of some evil people? But like I said I have proved my innocence and I proved that they will never amount to anything and God will always figure out and show the truth. But I learned so much from it.

Alhassan will indeed have a much deserved break in his life as he is offered an opportunity to keep emotions under control and focus on his MMA career. Getting a chance to return to the UFC after nearly two years on the sideline has been redemptive for the fighter who trains at the Fortis MMA.

I thought about revenge. If I tell you that I didn’t I’m lying. I thought about all the revenge and this is what I can to take revenge because they really got to feel the pain that they putting me through. They are out there stripping, not caring what they doing to me, you know, having life, putting stuff on social media, happy, throwing alcohols, while I’m at home crying, I can’t even take care of my kids. So much anger pent up. So much anger I really don’t even — I know it’s behind me now, but I really hope that takes some huge revenge on these girls, I really hope they get what they deserve.

For God to help you through all of this and to prove your innocence and getting back to what you love. It’s amazing in so many different ways that I can be here today.

It’s been a hard and tiring and stressful this past couple of years. But I can’t thank the Almighty Allah enough for the blessing he has bestowed upon me. July 15th I get walk back in the octagon and enjoy the blessing Yaa Allah has given me. Can’t wait. #ufc #fightisland #mashallah #redhunter #ghanaboi #africanboi #dagombaboi. #abudhabi

A win will be a redemption for the fighter from Ghana. Alhassan dreams about rebounding his career back to the top of the division. The welterweight who has a background in Judo is determined to become a contender in the stacked UFC welterweight division. He will be facing a tough test against Mounir Lazzez on July 15 at the UFC Fight Night: Kattar vs. Ige. 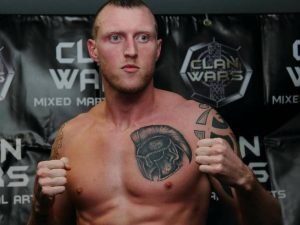