Emirati mixed martial artist, Mohammed Yahya has officially signed a 4-fight contract with Bellator MMA™. Yahya is the first Emirati Mixed Martial Artist to officially be picked up by one of the world’s largest MMA organization. He will now square off with some of the best fighters in the world and have a chance to proudly represent his country’s flag in an international arena, as it was announced Monday, June 19, 2017.

After the official announcement, Yahya was quoted saying,

“I’m very excited to be representing the UAE in one of the leading MMA platforms. I grew up watching Bellator and their fighters. It really hasn’t hit me yet but I’m very excited. I’ve always dreamed to fight overseas and raise my flag, and now my dream is going to be a reality. I can’t wait to make my country proud.”

Yahya is no stranger to fighting in the cage; he began his professional career in Tam Khan’s Dubai Fighting Championship promotion. He later made multiple appearances in Desert Force and Dubai Fight Night promotions.

Mohammed Yahya has had a remarkable 6-1 record that included 3 wins by technical knockout, 2 wins by submission and a win by way of decision. This year, Yahya was recently crowned the lightweight champion of Eric Favre’s Dubai Fight Night, where he stopped his opponent in the first round via submission.

Yahya’s head coach, Tam Khan isn’t surprised by the Bellator MMA™ signing. Khan who is widely considered the pioneer of Mixed Martial Artist in the region, and who has single handedly raised the sports popularity in the UAE with his multiple MMA gyms and promotions, knows what it takes to be a fighter.

“Mohammed Yahya is the pride of the UAE, in my opinion. He can single handedly transform the way our region is currently being perceived by the outside media when it comes to combat sports. He is a hard worker in the gym and very humble outside the gym. He carries himself with pose and confidence and is everything Emirati people should be proud of. When I first landed here 8 years ago, it was my dream to produce a local talent from the UAE, and today my dream is coming to life. I’m very proud of him and his accomplishments. He is a testament to Emiratis that hard work and tenacity pays off.”

A date and first opponent has yet to be scheduled for the future Bellator MMA™ prospect. However, that hasn’t stopped the future champ from preparing himself for anything. He currently trains with Dutch/Turkish kickboxer-turned-MMA fighter, Gokhan Saki at TK MMA & Fitness as they help each other prepare for their debut in the cage this year. 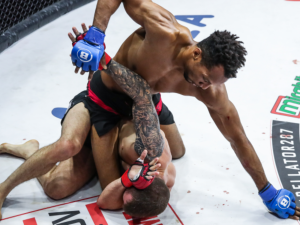 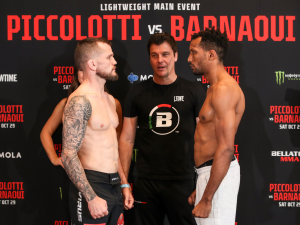 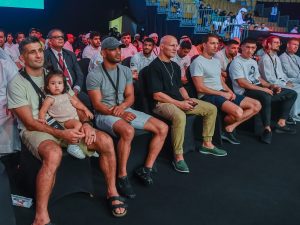